GCERF is committed to preventing violent extremism through support to grassroots initiatives around the world. Our Secretariat, based in Geneva, Switzerland, is a small and dynamic team of dedicated professionals from diverse professional backgrounds. We work collaboratively to solve complex problems and welcome candidate applications from all kinds of backgrounds and all countries. 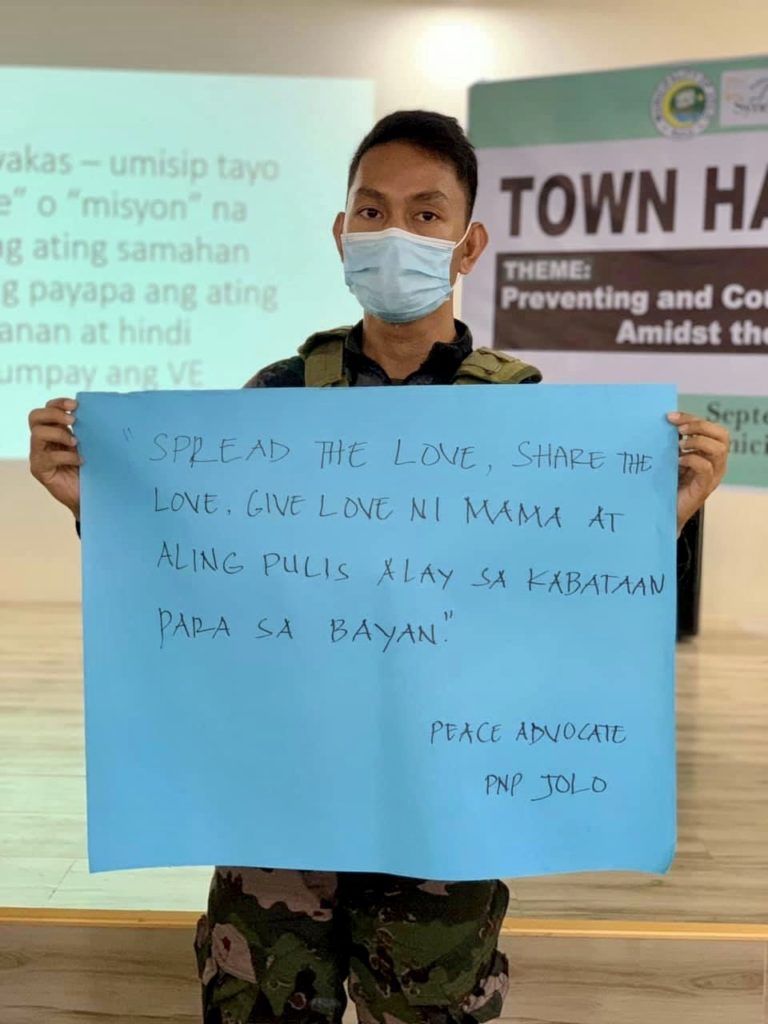 For more than 20 years, GCERF Grant Finance Specialist Julien Montoux, has worked to redress the inequality he first witnessed up close in Guatemala. What struck the French social sciences student was that only a matter of chance separated his circumstances from those of the young people he saw begging on the Mexican border. He had been born into the relative security of a developed nation. This was the starting point of a career in NGO finance. Julien has since worked in Paraguay, in support of teen victims of sexual exploitation, and in Darfur on water and sanitation up until the ICC brought a war crimes case against the then Sudanese President Omar Al-Bashir and NGOs were expelled from the country. Now, he works to prevent violent extremism at GCERF. Developing an expertise in finance has allowed Montoux to work on multiple issues and across different countries. “Finance is at the heart of everything,” he says. “Without a budget, you don’t have activities.” Not only that, analysing financial reports allows Julien to support decision-making processes based on factual indicators. With hard numbers, smart interpretation can follow. For example, underspending towards the end of a grant may indicate insufficient planning, or it could signal project delays. Supporting grantees along every step of the grant cycle is part of the pleasure of the job. “Working with the finance people of GCERF’s grantees is where you get this field flavour,” he says. “They make you feel that you bring them something – in capacity-building, and being there to answer questions and being flexible. Having been in the field, you understand a little more some of the constraints and difficulties they may have.” This daily interaction with grantees is what makes GCERF unique. “I wouldn’t want to be in my office just receiving financial reports saying, ‘Validated’ or ‘Not validated, please rework it.’ We work really closely with grantees, our partners, which is what I really love.”

GCERF is seeking a Deputy Head of Portolio Management who will responsible for the strategic direction of GCERF´s country and thematic portfolios, quality assurance of all grant-making and grant-management activities, managing in-country donor, government & other stakeholder relationships, day-to-day management of unit, and coordination with other departments on portfolio performance. Deadline for applications: 12 Feburary 2023. More details here.

GCERF is seeking an IT Intern  (full or part-time) who will provide internal support to colleagues on IT-related issues, including troubleshooting problems, software/hardware management, procuring and setting up IT and communication devices for colleagues, and supporting Asset management. This is a development opportunity for someone interested in International organisations. We are looking for candidates with a degree in Computer Science or a diploma of Advanced Technician in Information technology. Previous first experience in supporting and working in an IT unit is preferred. Deadline for applications: 29 January 2023 More details here.

GCERF is seeking a National Advisor_Somalia based in Mogadishu to lead coordination of grant making and management in-country. The National Advisor will visit GCERF-funded grant activities in Somalia and prepare monitoring reports as well as attend coordination meetings on preventing and countering violent extremism.  Applicants should complete the template provided in the link and submit their proposals to bids@gcerf.org by 10 July 2020.

GCERF is looking for a National Monitor in Tunisia. GCERF is seeking a candidate with strong experience of programme monitoring and evaluation as well as the demonstrated ability to provide capacity building on this. Female candidates are encouraged to apply. GCERF will not relocate persons from abroad to Tunisia. It is a one year consultancy at 50% level of effort. Proposals should be submitted latest by 31 December 2022  by email to bids@gcerf.org with clear reference “Bid reference: RFP 2022-22” Click here for more details

GCERF is seeking to commission a service provider (an evaluation team) with demonstrated expertise in PCVE as well as excellent evaluation skills. The service provider will conduct an ex-post evaluation to assess GCERF investment during Round 2 in Nigeria by focusing on the three grants. The evaluation team will be responsible for elaborating the research design, collecting the necessary data, analysing the data collected and producing a good-quality report for publication. Proposals should be sent latest by 12 December 2022 by email clearly indicating under subject “Bid reference: 2022-20". The email should be addressed to bids@gcerf.org. For more details: RFP 2022-20 - Nigeria Country Ex-post Evaluation