The Future of National Action Plans to Prevent Violent Extremism

The Future of National Action Plans to Prevent Violent Extremism 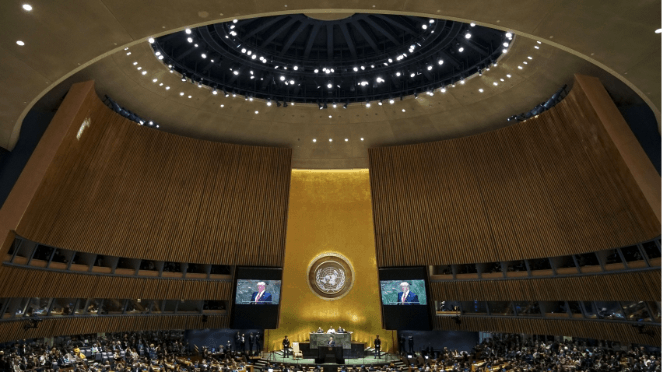 This essay outlines the strengths, weaknesses, opportunities and threats emerging from this new legislative momentum. National action plans are not easily comparable–some follow UN guidelines more than others, many incorporate existing national legislation and all intend to respond to the national context.

In general, national action plans provide a good basis for policy interventions. Most provide a framing of the drivers of violent extremism. For example, Kosovo’s National Strategy Against Terrorism and Action Plan 2018-22 focuses on the risks associated with the return of hundreds of Kosovar foreign terrorist fighters, but also places their radicalisation in historical context. Somalia’s plan is embedded in the wider Comprehensive Approach to Security whilst Kenya’s includes a mapping of threat levels in the country and region.

Most plans also enumerate the current national legal and institutional framework for preventing and countering violent extremism (P/CVE). Some identify specific gaps. In Kenya’s plan, for example, a lack of institutional responsibility at the county level is noted. Several also define guiding principles for further action. In the Kosovo plan, these include constitutionality, legality, human rights and confidentiality.

The process of developing national action plans has also been generally positive. In most cases they have been developed on the basis of coordination between relevant government ministries, agencies and institutions. Dedicated focal points have been established. In some countries these are existing ministries. For example, the Department of the Interior and Local Government in the Philippines, Office of the National Security Adviser in Nigeria or the Ministry of Religious Affairs and Culture in Mali. In others, new coordination mechanisms have been established, such as Tunisia’s National Counter-Terrorism Commission and Kenya’s National Counter Terrorism Centre.

In most countries, there has been consultation to create strategies and plans beyond government, including with civil society, religious leaders, media, and, in fewer cases, affected communities. However, there have been some criticisms that women and young people have tended to be excluded from the process. According to an earlier analysis by the International Civil Society Action Network (ICAN), which reviewed nine national action plans, only one (Switzerland) recommends gender mainstreaming and others that mention women perceive them solely as victims instead of agents of change. Somalia’s plan is a striking exception. More generally, in some countries, civil society consultation has been limited or unrepresentative. On the whole, the private sector has not been engaged.

Reflecting a wider normative gap, it is also striking that there is no consistent definition of terrorism or violent extremism across national action plans. Kosovo’s includes nationalist, political and religious-based extremism, whilst others are narrower. It has been suggested that this may allow governments to exploit plans and strategies for their own political gains and agendas, for instance by labelling political opposition as extremism. It also means there is a lack of consistency about the drivers of violent extremism and how to address them. Across the nine plans reviewed by ICAN, for example, only Somalia’s specifically refers to community policing.

Equally, it has been suggested that some governments have been excessively ambitious and that their policy proposals do not reflect the realities on the ground. The Burkina Faso plan, for example, highlights the need to address poverty and inequality as key factors driving the radicalisation of young people. A more recent review of 19 national strategies by the Global Center on Cooperative Security, for example, suggests that some use a ‘cookie-cutter’ approach that undermines the purpose of evidence-based, contextual responses to local drivers of violent extremism.

By framing the challenge, establishing guiding principles and policy priorities, and identifying relevant initiatives, the most obvious opportunity is that national action plans provide a basis for national ownership and action on countering and preventing violent extremism. At the same time, few plans provide any framework for monitoring and evaluating their impact.

Other opportunities also arise in the implementation of plans, in particular where it involves continued engagement with civil society and affected communities, including, for example, Kenya, Kosovo and Somalia. Not only should this improve the plans themselves via a feedback loop, it can also be a confidence-building measure, which in itself may become one way to address the drivers of radicalisation and recruitment. Strengthening community agency is a critical element in preventing terrorism and violent extremism.

A similar dual imperative–improving the implementation of plans while also addressing underlying structural challenges–also emerges from recent efforts in Kenya to roll out its national action plans to the local county level. Since May 2019, the National Counter-Terrorism Centre in Kenya has developed 47 county level action plans. These localised plans lay out specific needs and strategies for resource mobilisation and implementation through a ‘County CVE Engagement Forum’, which is composed of 25 members of government, civil society and the business community. Each county is also required to develop an implementation monitoring framework that should be assessed on a quarterly basis. Overall, this approach reinforces the shared responsibility for security at all levels of government. Kosovo and the Philippines are also leveraging national action plans to engage local authorities in a more structured manner.

The main challenge around national action plans is that once developed they may not be implemented. Direct experience in several countries where national plans have been developed highlights some common challenges. These include limited resources, insufficient technical capacity especially at the local level, and insufficient frameworks for monitoring and evaluation. There is also the risk that the genuine commitment towards coordination and consultation wanes once plans have been published. To some extent, international organisations are helping fill some of these gaps, but these contributions themselves often remain uncoordinated and are rarely sustained.

Failing to implement national action plans may be considered a ‘threat’ for several reasons. First, it risks wasting the investment of resource-scarce countries like Burkina Faso and Somalia. Second, the potential to address the drivers of radicalisation and recruitment in a systematic manner is reduced, risking more ad hoc and reactive responses that may not abide by the guiding principles advocated in national action plans. Third, not only is a significant lever for confidence-building lost, there is also the risk that community expectations will not be met, driving a further wedge between the communities and local and national authorities.