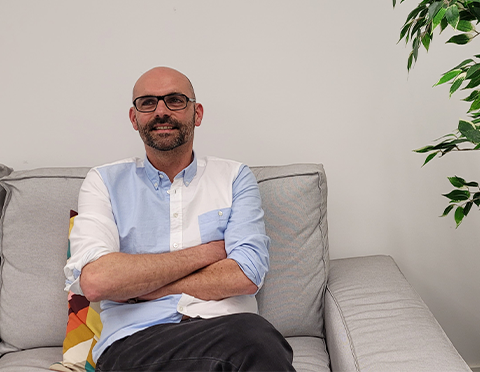 For more than 20 years, GCERF Grant Finance Specialist Julien Montoux, has worked to redress the inequality he first witnessed up close in Guatemala.

What struck the French social sciences student was that only a matter of chance separated his circumstances from those of the young people he saw begging on the Mexican border. He had been born into the relative security of a developed nation.

This was the starting point of a career in NGO finance.

Julien has since worked in Paraguay, in support of teen victims of sexual exploitation, and in Darfur on water and sanitation up until the ICC brought a war crimes case against the then Sudanese President Omar Al-Bashir and NGOs were expelled from the country. Now, he works to prevent violent extremism at GCERF.

Developing an expertise in finance has allowed Montoux to work on multiple issues and across different countries.

“Finance is at the heart of everything,” he says. “Without a budget, you don’t have activities.”

Not only that, analysing financial reports allows Julien to support decision-making processes based on factual indicators. With hard numbers, smart interpretation can follow. For example, underspending towards the end of a grant may indicate insufficient planning, or it could signal project delays.

Supporting grantees along every step of the grant cycle is part of the pleasure of the job.

“Working with the finance people of GCERF’s grantees is where you get this field flavour,” he says. “They make you feel that you bring them something – in capacity-building, and being there to answer questions and being flexible. Having been in the field, you understand a little more some of the constraints and difficulties they may have.”

This daily interaction with grantees is what makes GCERF unique.

“I wouldn’t want to be in my office just receiving financial reports saying, ‘Validated’ or ‘Not validated, please rework it.’ We work really closely with grantees, our partners, which is what I really love.”