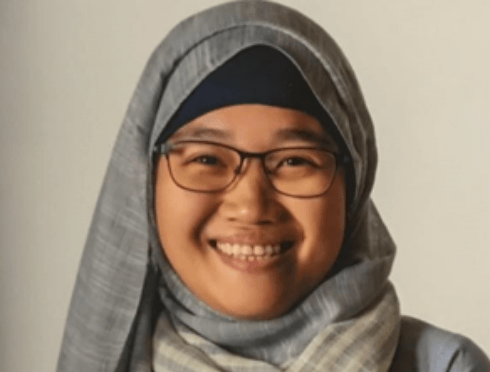 Khuzaimah Mangatem, 28, from the Philippines’ south, has made a life of putting people on the map.
She knows from experience how it feels to be unrepresented. As a young girl, war forced her family out of their home in Lanao and into the insecure existence of internally displaced people.

So when the five month-long siege of Marawi in 2017 turned the commercial centre of her province into a battle ground for violent extremists and national armed forces, she used the “unprocessed trauma” of her childhood to do something about it.
Khuzaimah founded Thuma Ko Kapagingud Service to coordinate aid efforts during the height of the Marawi crisis. NGOs flooded the scene but couldn’t reach remote areas where people were fleeing to.

A teenager at the time, she and a friend travelled through high-risk areas to photograph the situation of people who had escaped the violence but were at risk of being forgotten in the recovery efforts.

Now, she lives among 140 families in transitional housing for internally displaced people in Lanao del Norte and works to have their concerns heard by government. She organises events that bring government officials to the community and enables them to talk directly.

The focus of her work is on socially excluded youth. These are young people who have never had formal education and have not previously benefited from community projects.

Her organisation partners with governments and private institutions and acts as the local mobiliser for trainings on leadership, personal discovery and project proposal workshops.

“Youth are responsible for identifying the problems in their own communities and identifying the solutions that best fit,” she said. “A lot of government units in our province do not have data on how many socially excluded youth are in their communities because according to them, there’s no use in getting that data because no interventions are coming that are intended to help them.”

That corresponds directly with the problem of violent extremism in the province. She said it’s the dislocation from the rest of society, coupled with the lack of hope for the future that makes young people susceptible to the promises of violent extremists.

“If we are to look at the landscape of who is involved in terrorist activities, these are the youth that are coming from areas that do not feel like they are part of the larger society,” she said. “In most cases, they have huge amounts of idle time.”

She gives the example of an unoccupied youth who is told that joining an extremist group will provide them a paid job and an opportunity to fight and hold a gun. It’s status, not necessarily ideology, that makes the offer attractive.
“It would let me think that at least I’m doing something that will help my family and make the government listen to me and show people what I’ve got. I would be easily lured because I don’t’ have other options,” she said.
Recruiters target men and women. Women were used as snipers in the Marawi siege, for example.
“We go to communities identified as high-risk and give the leadership training because we want to show them that there are other options,” she said. “Not all people are apathetic towards them.”

In fact, she is trying to engage young people in development work and has seen some go on to become youth organisers themselves.

She is tired of religion being used as a cover for politically motivated attacks and hopes that young people can be treated with sincerity by the people who step in to care for them, “not just people who promise utopia and leave with just a blink of an eye”.

It is important for her to rebuild trust between excluded groups and the government because the perception of being invisible allows violent extremists to capitalise on the idea that the government has forgotten them.

“My hope is to have more young people be at the frontline of development,” she said. “No matter your age, you can have a lot of wisdom and a lot of skills to offer to your community.
“We’re just brokers for conversation.”